5 years ago 1 min read
By using our website, you agree to the use of our cookies.
Got it! 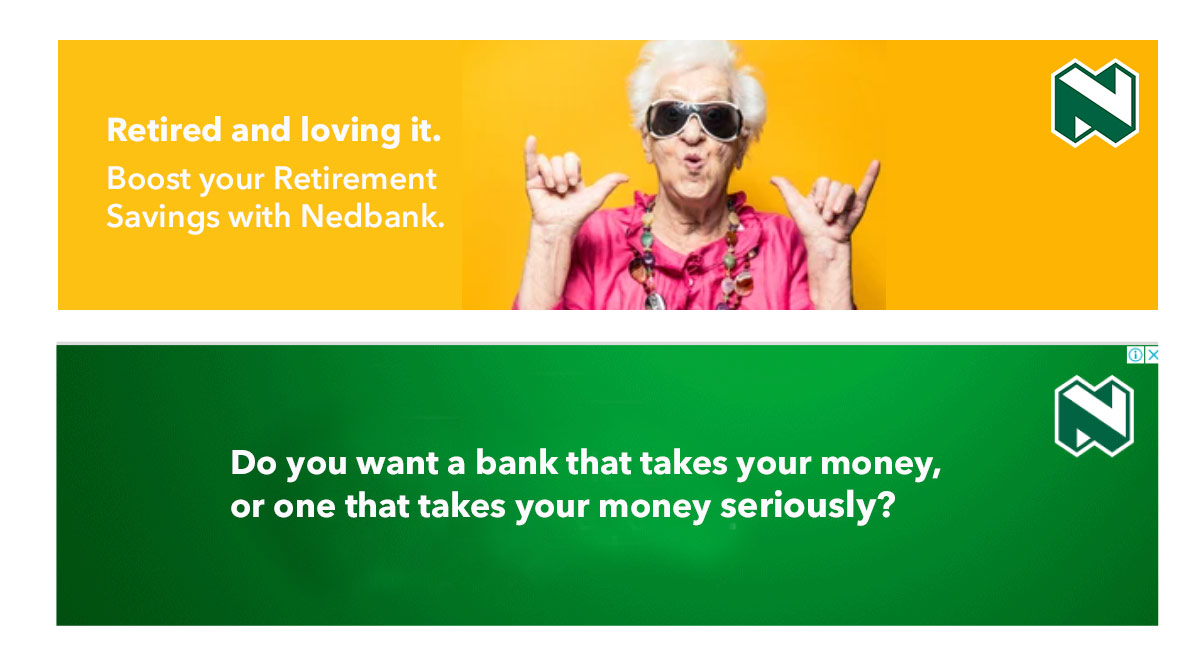 Nedbank’s #TakeMoneySeriously campaign caught my eye and I applauded the team who brought the campaign to life on screen. It was referred to as a “fully integrated 360-degree, through-the-line campaign” and has run across various media platforms like television, outdoor advertising, and digital media.

This campaign aims to educate people about the consequences of their choices with money, either good or bad. It offers alternative ways of spending, and ultimately encourages people to #TakeMoneySeriously. Why are they doing this?  South Africans are notoriously overextended when it comes to money, with one of the lowest savings rates and highest debt-to-income ratios in the world. Nedbank, a bank that has always taken money seriously, wanted to create social awareness around excessive consumerism and irresponsible money behavior.

The result was the creation of fictitious product commercials to counteract advertising. Through the campaign, the very same advertising messages that typically encourage irresponsible money behavior are used to stimulate critical thinking and challenge underlying presuppositions that surround money and banking. The campaign strikes a chord with South Africans by reminding them it’s imperative to #TakeMoneySeriously by joining the bank that already does so.

Captures from the video ads

Although there are a host of other activations – from print to billboards – these ads take the cake in quality, but what happened to the rest? Recently, I found myself bombarded with a very poor digital ad (Google Remarketing) focusing on retirement savings, but it carries the #TakeMoneySeriously campaign tag. It’s such a visual disconnect that I’m not taking Nedbank seriously. I’m at the age where I should be considering boosting my retirement savings, but the reality is that I don’t want to imagine myself like the people in the picture below. This ad has given me zero incentive to take action or even think about anything. Just the spoon that’s about to graze my tongue.

What’s wrong with it?

It’s surprising that such an oversight exists within their ad creatives. These little ads are so important because they have so much reach – the Google Display Network reaches 90% of Internet users.  I would have created this little banner ad a lot differently, taking into consideration con-current campaigns and media that are recognisable and effective, as well as being relevant to the target market.

(Along with smart targeting) great, and thoughtful design can cure display ad blindness. Make sure you follow these design principles to create the best ads possible:

Go ahead and look at your existing display ads. Do they adhere to these design principles? Do you need a redesign to get a better CTR? Speak to me, I can help!